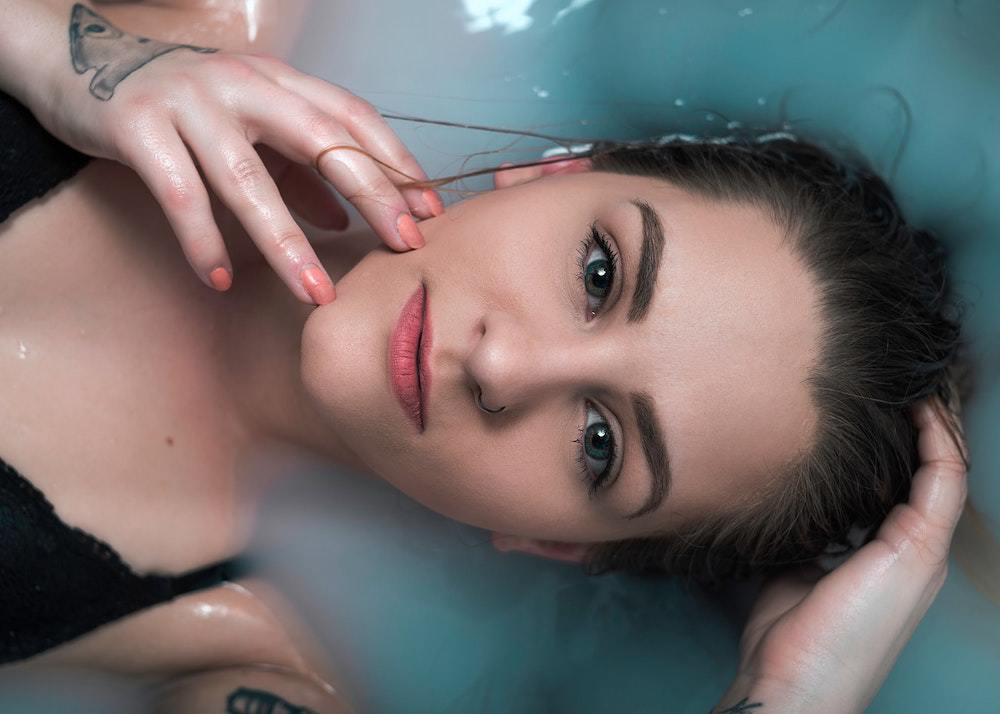 I don’t have a tattoo—yet. But I was wondering, if I get one, will I have to give up my nightly bath ritual? Here’s what I found out:

Taking a Bath With a New Tattoo Is a No-No

I spoke to Alex Asad, a tattoo artist at Atomic Tattoo & Body Piercing in Austin, Texas. A tattoo artist for the past 10 years, Alex is also an avid bath taker, so he understands the sacrifice required by foregoing a regular bath for the sake of letting a tattoo wound heal. “Still,” he told me, “it’s necessary to wait.” He says:

“Most tattoo shops are cleaner than a hospital. But bathwater is generally dirty. The dirty water is going in an open wound which could make a tattoo heal really badly. The water that gets inside it can make the skin around the tattoo start bubbling up.”

After you get a tattoo, the artist will put a bandage on it. Alex says to leave the bandage on for at least an hour.

How to Shower with a Tattoo

When you get home, feel free to shower. “Showering is great with a tattoo,” Alex says. “You want to be clean but wash your tattoo last,” he tells me.

Wash your new tattoo in the shower with a mild, unscented, antibacterial soap like Neutrogena or Dial. Do not scrub your new tattoo with a loofah or even a washcloth, because these are too rough on the ink and can also harbor bacteria. Instead, clean your hands and then gently wash that tattoo with your fingers.

While you’re in the shower, try to avoid letting regular shampoos and conditioners get onto your new tattoo.

And once you get out of the shower, pat your new tattoo dry with a paper towel and avoid rubbing it with a regular bath towel.

Though rare, a bacterial infection of the skin can do more than just wreck your tattoo: it can kill you. In 2017, a man from Dallas, Texas was swimming in the Gulf of Mexico five days after getting a new tattoo on his leg. A deadly bacteria called vibrio vulnificus entered his system and, sadly, led to his death. (Source)

According to the CDC, there are about 80,000 people in the US who get sickened by this bacteria each year and about 100 of them die. This bacteria can enter the body when a person eats raw food or swims in seas with an open wound.

So while taking a bath right after a new tattoo is risky, swimming in chlorinated water or fresh water with a fresh tattoo is an even worse idea. There are more dangerous microorganisms that can infect you in these bodies of water.

Can You Protect a Tattoo in the Tub With Plastic Wrap?

I had read about someone who really, really wanted to take a bath after getting a tattoo. I can relate! The woman said that she wrapped her tattoo in Saran Wrap, went in the tub, and everything was fine.

But Alex told me this actually is a bad idea because the Saran Wrap isn’t like a wetsuit. It can trap dirty water and bacteria right on top of a wound. Also, Alex pointed out that there’s a difference between a tiny tattoo and a larger one—the smaller the tattoo, the smaller the wound, and the lower the risk of infection. Maybe that woman just had a very tiny tattoo.

The advice to keep a new tattoo moist is counter-intuitive because a bath is moist, right?

But you don’t want to soak the tattoo in moisture. Instead, once you’ve gently cleaned the wound, hydrate the skin around your tattoo with a bit of moisturizer. Check out the Tattoo Goo Aftercare Kit on Amazon. It includes a deep cleansing soap, aftercare lotion and a salve specifically designed for newly tattooed skin. Tattoo Goo products are made with cruelty-free natural ingredients.

“If you put on too much moisturizer, the wound won’t be able to breathe and heal. Picture your skin once it’s wet for a while and it gets all pruney. You don’t want your tattoo to get pruney and dehydrated like that.”

After a few weeks, the tattoo will scab and peel, but if you keep it moisturized it shouldn’t itch as badly in the process.

Whatever you do, don’t scratch! And don’t pick at your skin, because you could be taking off some very expensive ink with it.

How to Tell When It’s Safe to Soak 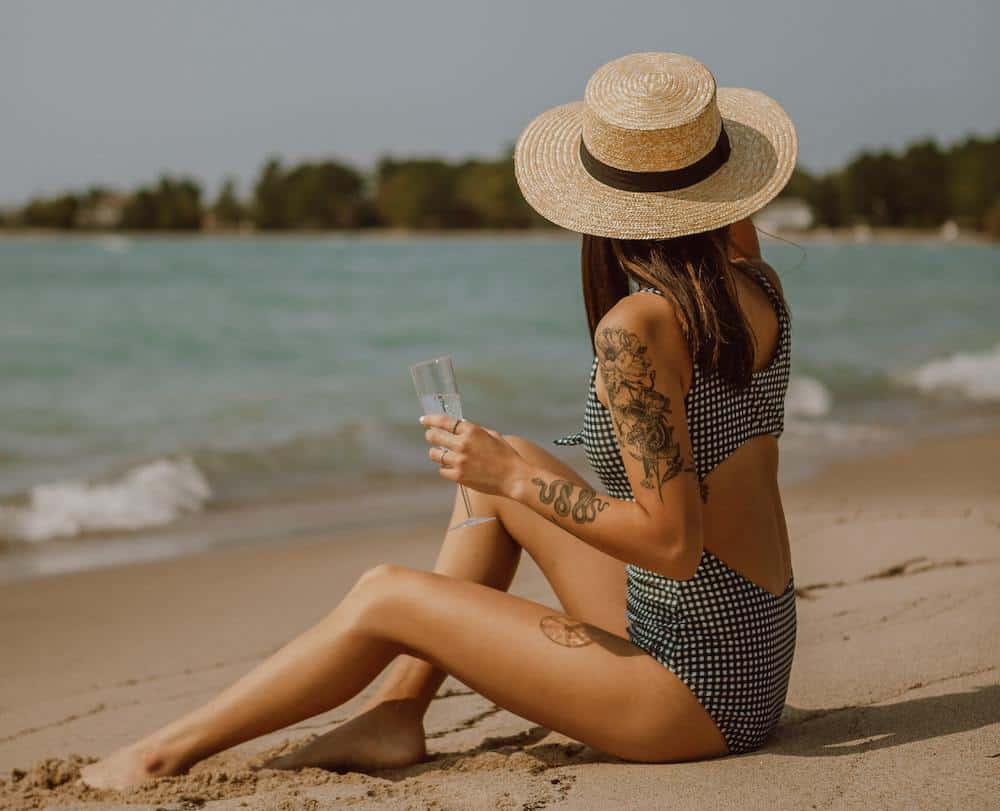 So you’ve showered instead of bathed for several weeks, maybe even a whole month. But how will you know when at last it’s safe to submerge yourself in a glorious bath or go for a delicious swim in the sea?

“You should wait until your tattoo is fully healed before soaking the area in a bath or hot tub. This means that you should have gone through the initial peeling stage and the skin should be feeling normal again, other than a little dryness. The Health Department states a minimum of 2 weeks.”

You’re in the clear once the scab has formed, hardened, and fallen off. After that happens, you know that the open wound has healed, new skin has grown, and it’s safe to jump in the bathtub or jump in the ocean waves.

This post was updated on November 20, 2022 The gifts on this list help bath lovers everywhere indulge and unwind. Each one delivers a bundle of Tender Loving Care straight to the...

Continue Reading
link to Is a Swim Spa Worth It? | Cost, Benefits & Alternatives

I recently visited Chad Power at Big Star Backyards in Austin, Texas to find out if a swim spa is really worth the investment. He not only answered my question, he gave me a hands-on...