After dating several lackluster bath bombs, I’ll admit, I was losing hope. Watered-down color, barely detectable scents, hardly a fizz to be found…I’d just about had it with the current selection.

Then I met the Sex Bomb! Thanks to this beautiful bomb from Lush, my entire outlook on the bath bomb market changed.

This gorgeous bomb is maybe 3 inches in diameter. It’s two-tone pink and purple, with a pink soap flower on top. Just looking at it certainly heightens the senses! 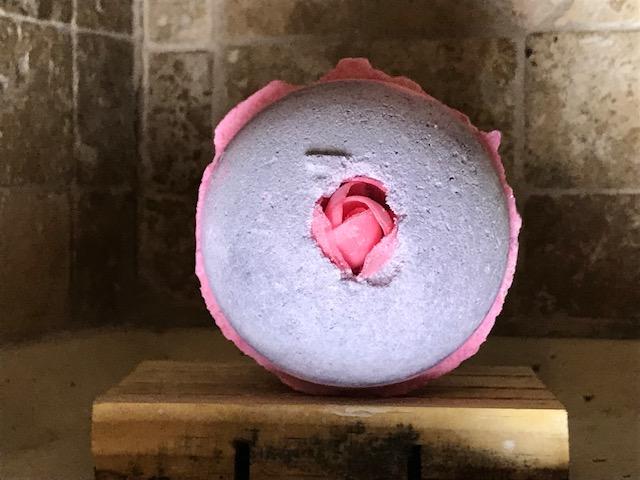 I have to admit, I was a bit nervous because of the good looks. I held it in my palm and couldn’t even close my fingers all the way around it. The weight suggested depth of character. Was it too much to hope the Sex Bomb could be my dream bath bomb come true?  I’d been fooled so many times before. But I guess I wasn’t yet ready to call it a day and live a life without romance.

Of course, I want my bomb to bubble. Is that so much to ask? And not just a tiny stream of guppy bubbles that might come from the bottom of my fish tank. You know, despite my previous letdowns, I didn’t want to settle.  I’d rather give up on the whole experiment. Maybe this was the last time I’d even try. I held my breath and dropped the Sex Bomb into my tub.

Woah, Nelly! I watched in amazement. This one more than delivered the sex-boom-bah!

The fireworks had concluded. I was thoroughly excited to dip into the water.

Here is where the romance set in. The Sex Bomb and I had already passed the initial phase of limerance. Now the color of the water was bringing on the romance. The water was purple. Not faded, suggestive and hardly there. No, thanks to the Sex Bomb, my bath water was the deep pink-purple of a summer night just before the sun dips below the horizon.

I felt hope and optimism for the first time in so long. I reminded myself never to give up in the face of disappointment. Try, try again.

This is where the true aphrodisiac power of the Sex Bomb comes in. The secret is jasmine. According to the Lush site:

“Sweet and warm, jasmine has a floral, heady aroma that’s long been associated with intimacy and romance. Its powerful scent is said to help give your libido and self-esteem a boost.”

With other bombs, I’d be in the bathtub sniffing and sniffing, wondering if I’ve lost my sense of smell. I could barely detect any scent. Did they even care about me at all? Did they even know I was there? 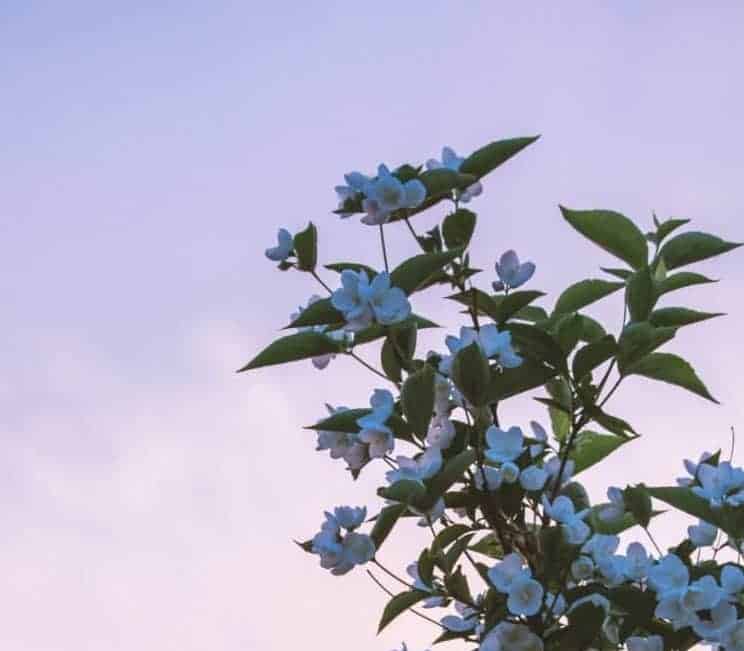 The Sex Bomb is confident in its aroma. It announced itself clear across the house.

My husband, who was in the kitchen when I dropped the Sex Bomb into the bathwater, got curious about what I was up to. He knocked on the bathroom door. “It smells like flowers!” he said.

“Yes!” I called back, inhaling the delightful aroma. I don’t tell him all the other sensational qualities of the Sex Bomb from Lush, because I don’t want him to be jealous of its incredible powers. Let’s just say the Sex Bomb delivers.