If water and electricity don’t mix, then how do LED shower heads work to safely light up our lives?

As you enjoy the calming or invigorating ambiance created by your LED shower head, you might be content just to say that it is powered by magic. But when you turn off your shower and the lights go out, breaking the spell, you again wonder how LED shower heads work. Well, once you are done with reading this article, you won’t have to wonder anymore!

How Do LED Shower Heads Work? 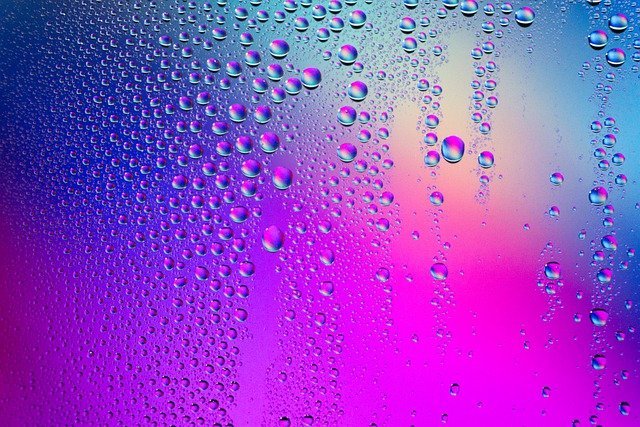 LED shower heads are powered by clever little engines located inside the shower head casing. Yes, you can fit a whole engine into a shower head! Admittedly, it is not a very strong or complex engine, but it is a nonetheless innovative design.

The engine inside an LED shower head consists of a turbine or dynamo, a rectifier, and the LED lights, all connected with a small amount of wiring.

The force of the water entering the shower head turns the turbine or dynamo, generating an alternating current. The rectifier converts this alternating current into a direct current which is conducted to the LED units, which light up when they receive this power.

As the moving water generates the power that lights up the LED units, stronger water pressure causes the turbine to turn at a faster rate. Then the faster the rate of turbine revolutions, the higher the voltage of the current produced, and the brighter the LED lights will get (up to a certain point).

LED Shower Heads Do Not Use Batteries or Electricity

Most often, when an appliance that relies on power to function is not hooked up to an electrical supply, then it obtains its power from a battery or battery pack. This is not the case with LED shower heads.

As there are no batteries in an LED shower head, you are also not at risk of being shocked by water coming into contact with the battery terminals.

Furthermore, you are also not at risk of being exposed to battery acid, which is something that could happen if there were batteries in the LED shower heads and they were corroded by the water.

And because LED shower heads don’t use electricity, they are perfectly safe—even if you install them incorrectly.

Will an LED Shower Head Work When the Power Is Out?

Since LED shower heads do not rely on electricity to function, then if your power goes out for some reason, then the LED lights in your shower head will still light up when you use it.

Of course, if you have no power to your house, then you probably have bigger problems than a fun shower experience. However, there is actually a very practical benefit to your LED shower head still being able to function in this situation. Quite simply, you can still take a relatively well-lit shower when your power is out.

However, if your water pressure is connected to an electrical pump, then your shower water might not flow through the shower head with enough force to generate power for the LED lights to turn on.

Additionally, your LED lights will not heat up the water in any way, so if the geyser is cold, you might be able to have a well-lit shower, but it won’t be warm!

How Do the LED Lights Change Colors?

Some LED shower heads are fitted with a single color of LED lighting, which simply turns on when the water pressure is strong enough.

Others have lights that rotate colors in a sequence as a result of the LED light programming. The PRUGNA 7-Color LED Shower Head, pictured above, cycles through a rainbow of colors. Not only that. This high-pressure showerhead also It also filters out chlorine and other damaging chemicals to improve your hair and skin. And it’s eco-friendly.  See it on Amazon.

For these showers, there are a few extra components to the little engine system in the form of temperature sensors. The temperature sensors detect the approximate water temperature. This triggers a mechanism that directs the corresponding LED color lights to turn on.

Why Won’t My LED Shower Head Light Up?

If your LED shower head is not working, there could be several explanations:

How to Install an LED Shower Head

If you are wanting to buy an LED shower head and taking your shower vibe from everyday to party, then you do not have to stress about the installation process.

In most cases, it is simply a matter of unscrewing your old shower head and screwing the new one in place. The LED shower heads are specifically designed with universal connection points.

If your shower head is old, then there may be some rust or mineralization around the join, which will make it stick, and removing your shower head can become a mission. But once it is off, you can easily screw the new one on with your hands.

Are LED Shower Heads Worth It?

Many people wonder if LED shower heads are worth purchasing and installing. Ultimately, this is a completely subjective decision that each person needs to make for themselves.

So, if you get excited about the thought of adding some color and fun to your shower experience and you keep finding yourself on The LED shower head page on Amazon, then go ahead and give it a try!

For a higher-end LED shower head, I recommend the Ello and Allo Stainless Steel Shower Panel (pictured above). It includes:

What Are the Benefits of LED Shower Heads?

LED shower heads can add some fun and pleasure to your life, which is always something to be counted as a significant benefit. They can also give your bathroom a spa-like vibe. (Be sure to read this post for more ideas on how to turn your bathroom into a spa on a budget.)

Additionally, there are a few practical advantages to LED shower heads:

For example, if we consider the Dream Spa shower head that I spoke about earlier, you can teach your children that blue means the water is not ready for them to get in the shower. Green means it’s good to get in, and red means that it’s time to turn the temperature down a little to make sure it never reaches temperatures over 122°F, which can scald the child.

What Are the Drawbacks of LED Shower Heads?

There are three main drawbacks to installing LED shower heads:

These super cool shower heads work by using water pressure to rotate a turbine. This generates the power to illuminate the LED lights. You’ll see that these shower heads add more “ahh!” to your bathing experience, adding a sensuous, calming touch. Also, consider adding a waterproof Bluetooth speaker to make singing in the shower more relaxing than ever!

link to Surprise! A Shower Filter Can Save Your Hair

I was shocked to find out that the quality of shower water can dramatically impact the appearance of hair, skin and nails–and, in some cases, it can cause hair loss. Shower filters can...

When you walk into a spa, your brain immediately registers relaxation. Not only is the decor usually spare, integrating natural elements, but also there’s a scent. That spa scent. It...