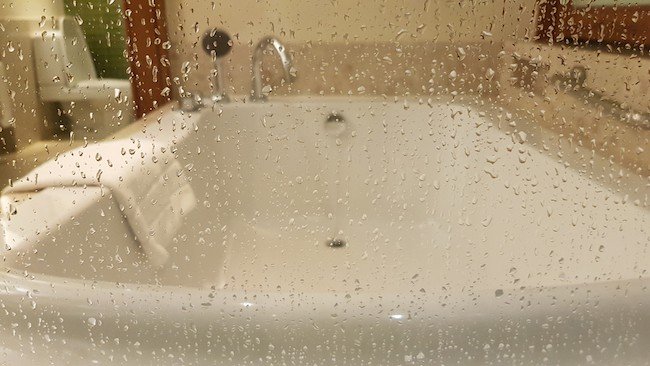 Tonight I listen to the thunder roar and wonder, “Can I take a bath during a thunderstorm?” I hear that it’s dangerous, but is it really true?

Given that our daily lives are full of risks, I spend all evening gathering data and calculating the exact chances of escaping unharmed if I decide to take a bath. Why? Because it might actually be worth the risk to me, depending on the odds. My investigation leads me to a conversation with someone who survived a lightning strike.

What Exactly Is Lightning? 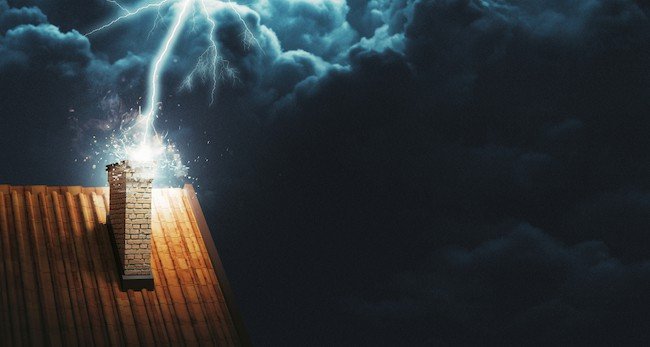 Of course, I know what lightning is! Or so I thought, but once I delve a teeny bit into the science, I learn all kinds of astounding facts.

Lightning is a giant spark of energy in the atmosphere. It can occur inside of a cloud, or between the cloud and the ground. Not only can lightning get up to 5 times hotter than the sun, but also it can travel 10 miles from the source.

This means that it may be raining somewhere else, but you could be hit by a bolt on a perfectly dry day where you are. The National Park Service warns that if you can hear thunder even if you don’t see rain, it’s time to protect yourself from a potential lightning strike.

But what about thunder? Was Stevie Nicks right when she sang that “Thunder only happens when it’s raining”?  No, she wasn’t!

Thunder is the sound that lightning makes, and thunder comes after lightning. It doesn’t even need to be raining yet. Although most people go inside during the rainstorm, lightning strikes many people before or after the main downpour.

Odds of Getting Struck by Lightning 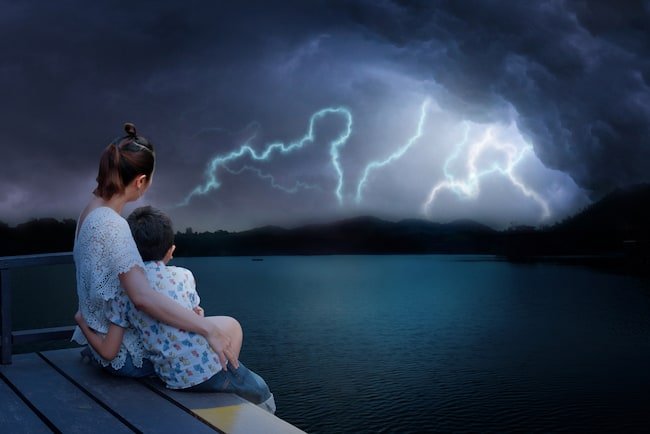 Based on National Storm Data from 2009-2018, the National Weather Service calculated the odds of getting struck by lightning:

What Is It Like to Survive a Lightning Strike?

Sure, your hair might stand on end, but really how bad could it be?

To find out, I talked to Michael Utley, the founder of StruckbyLightning.org. Michael started this organization after he was struck by lightning. On his website he writes:

“It was a hot and humid day in May and we were playing in a charity golf tournament at Pocasset Golf Course. They blew the alert horn and 15 seconds later I was laying, half on the green, shoes blown off, fingers and toes burnt and my hair burnt off.”

I decide to call Michael to drill down on my question of whether I can take a bath during a thunderstorm. But before I ask that question, I ask Michael what happened after he was struck:

“Well, I was dead three times. I spent 38 days in ICU. The prognosis from Brigham and Women’s Hospital was: ‘Brain dead and quadripalegic.’ I had black spots in my brain. Let’s just say it fried a lot of my mind and body.”

Michael started StruckbyLightning.org to promote awareness and education about how to avoid becoming a victim like him.

When I hear Michael’s story, I’m super sad. I’m having second thoughts about my bathtub plans for tonight.

But I press on, determined to uncover the exact risk of getting struck in the bath or shower during a storm.

Number of People in US Struck by Lightning Indoors 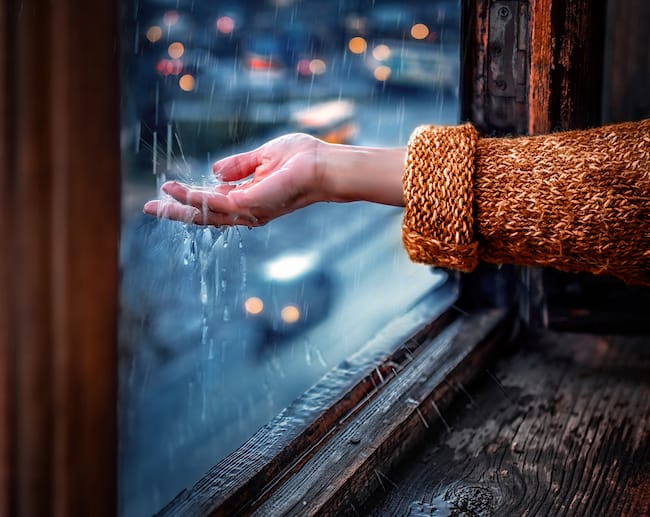 On the Strike Database, you can scroll through the news reports of lightning strikes from around the world.

Lightning Strikes Most People Outside

A quick glance at the database reveals that the vast majority of people are outside when lightning strikes. Many are at a beach or pool. Michael tells me:

“People are outside and they see lightning and say, ‘It’s not going to get me. Or you have people who are told to get out of an outdoor pool, so they get out and stand in the parking lot and get hit there.”

Advocates of lightning safety use the slogan “When thunder roars, go indoors.” But being indoors doesn’t guarantee your safety.

According to the database, in 2019, 44 people were injured in lightning strikes and 16 were killed. Lightning hit 3 of these people while indoors. None of these 3 died. 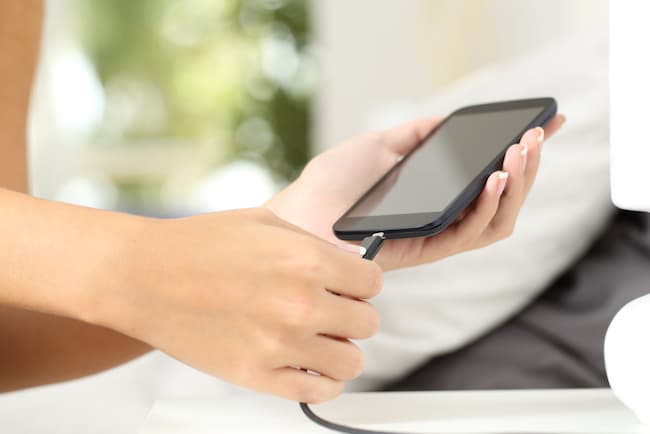 About 10% of Strike Victims Are Hit Indoors

In 2018, lightning struck and injured another 3 people indoors, including one poor middle school student in Virginia who was sipping from the water fountain at the time.

I do feel terrible for everyone who was struck, but the odds of getting struck by lightning are extremely low, and the chance of getting hit by a bolt indoors? Much, much rarer. Plus, another look at the US data for 2018 and 2019 reveals that lightning didn’t strike anyone in the bathroom, let alone in the bathtub.

I’m known to be a bit on the skittish side, so just to be sure about my impressions, I decide to scroll through the past 5 years of data. I’m shocked to find that lightning struck many more people indoors in 2015-2017 than in 2018-2019.

While lightning hit 493 people in the US between 2015-2019, 10% were struck while inside a home, store or restaurant. All of the 48 indoor strikes during these years resulted in injuries, not deaths.

But what were these 48 victims doing at the time they got hit? As the thunder roars outside my house, I dig into the database to find out. 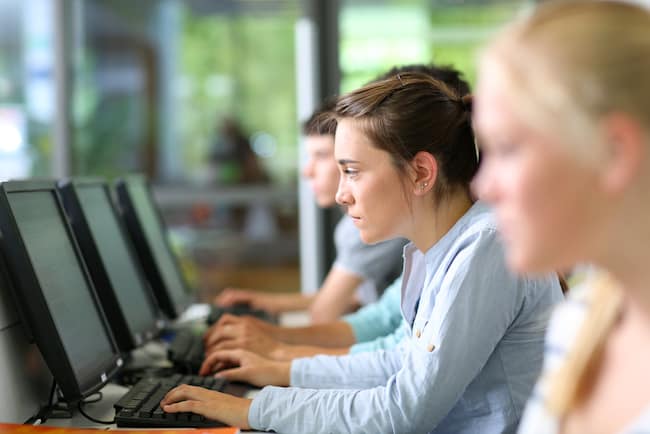 The most common ways to be struck by lightning indoors are by talking on a mobile phone that is charging or a corded phone, working in the kitchen or using a computer that is plugged into the wall.

As soon as I find this out, I yank the cord from the wall that is powering my laptop. Here’s what I found out from the 2015-2019 data:

Also, I’m horrified to read about the children and teens who were victims. Five of these indoor strikes happened inside schools, and lightning struck 2 young people while they lay in their beds.

A 15-year-old name Corey Wilmer was sleeping at a Minnesota cabin in June of 2018 when the cabin was hit. Corey woke up to find his bed in flames. He told the Duluth News Tribune:

“The lightning lifted me off my bed and it was a short amount of like extreme burning pain… I got up and saw my bed was on fire and I had a half bottle of water sitting by the bed and attempted to put it out but it didn’t work.”

In the end, Corey’s step-dad threw the bed out of the cabin, before he grabbed Corey and took off for the hospital.

Sixteen-year-old Faith Mobley was washing the gravy bowl at a McDonalds in Alabama when lightning hit the building and traveled through her drive-through headset. Mobley claims that the strike not only corrected her vision but also changed the color of her eyes.

And you’ve probably heard that lightning doesn’t strike the same place twice but this isn’t true. Just ask Jim Lamey of Pennsylvania who was hit in his shower and again six years later, in 2015, in his kitchen.

Jim’s son Jason told Pennsylvania’s WNEP about the first incident. “It just rattled the whole house. Hard thud and then there was the after thud which was my father hitting the tub.” Jason helped get his father out of the shower to prevent him from drowning.

Odds of Being Struck by Lightning in the Bathroom 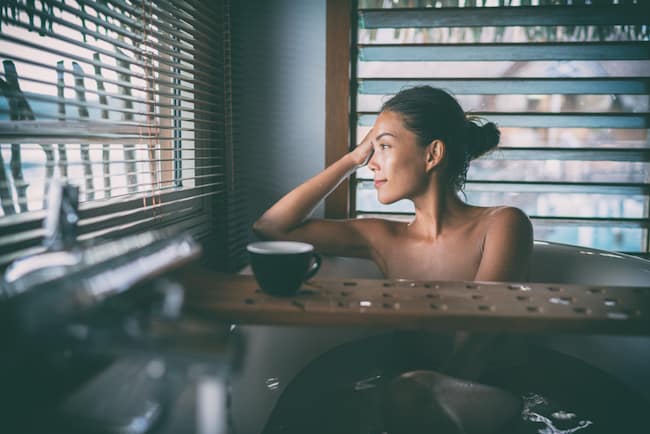 So Jim was struck in the shower in about 2009, but in my survey of the data from 2015-2019, how many people were hit in the bathtub or shower? That’s what I really want to know.

The answer is maybe, possibly one.

I say “maybe possibly” because in June 2015, a New Hampshire woman named Rebecca Welch was struck by lightning in her bathroom. But the database doesn’t reveal if she was brushing her teeth or in the bath or shower.

According to her fiance, Rebecca came screaming out of the bathroom and at the hospital complained of numbness down one arm and leg. At the time, Rebecca’s fiance thought that the lightning may have traveled through the breaker box into the bathroom.

So Can I Take a Bath During a Thunderstorm? 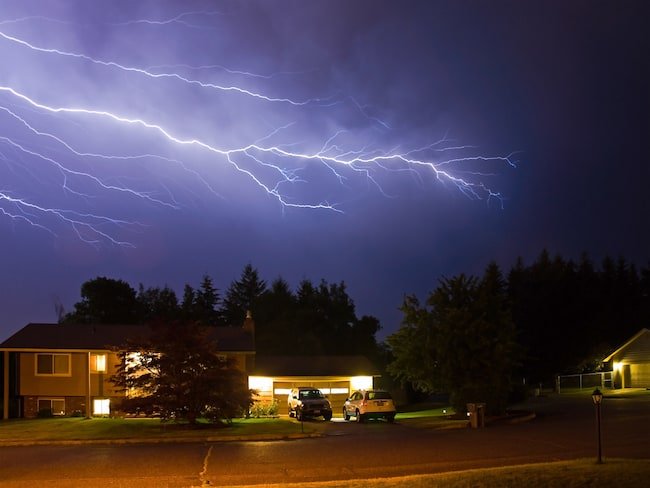 According to Worldometer.com there are 330,129,440 people in the US as I write this sentence.

But bear in mind, that if lots of people decide, “Hey, I’m gonna get in the shower or bath during this thunderstorm,” there are more people who will be at risk. Then the odds of getting struck in the bath or shower rise.

So can you take a bath during a thunderstorm? It depends on your mindset and how you’d like to play the odds.

Will I Take a Bath Tonight? 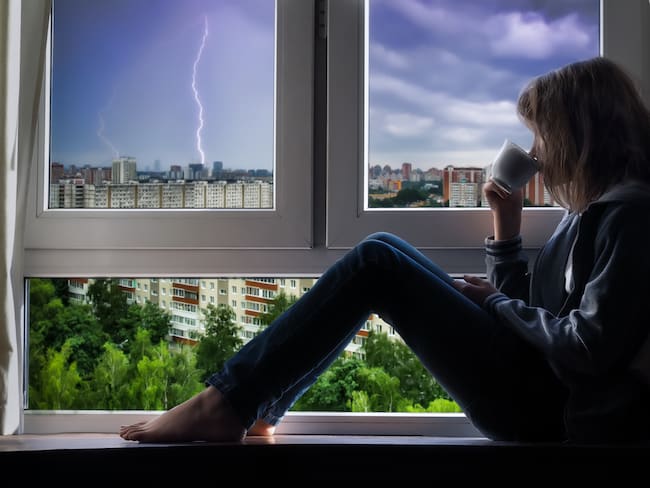 I now know that the odds of getting struck indoors are minuscule, and the chances of getting hit in the bathtub are even tinier.

And while I wouldn’t mind changing my brown eyes to blue, and correcting my vision at the same time, after reading about so many strike victims, I doubt I’ll be able to relax in the tub tonight.

So instead, I pop a Tylenol for my aches and make a cup of tea. As soon as I finish it, I’ll get in bed, plug in the heating pad, and put it on my back.

Except, on second thought, I can do without the heating pad tonight.

A painful sunburn can cause you a whole ton of stress! Instead of limping off to the pharmacy for the latest wonder lotions and potions to apply to your skin, did you know that you have the best...

Chocolate is not only great for eating.  Believe it or not, bathing in this delicious creaminess is good for the soul and has surprising health benefits! A chocolate bath...