I’ve always instinctively headed for the bathtub when I feel anxious or sad. Who knew there was scientific evidence backing up this basic instinct?

Not only can regular bathing aid depression more than aerobic exercise, but also it can decrease anxiety and fatigue. A daily bath can improve sleep by restoring the body’s natural circadian rhythm. It can also decrease levels of the stress hormone cortisol.

Let’s take a look at the fascinating use of baths to improve mental health through the ages and across various mental illnesses. Buckle up for a fascinating ride!

In the late 1800s, hydrotherapy–or the treatment of diseases by using water–was a common treatment at asylums. An exhibit on display at Museum London in 2010 explored the evolution of mental health care around the turn of the twentieth century. The exhibit featured various uses of bathing to treat depression and mania.

In one treatment called “continuous bathing,” a patient lay on a hammock in a bathtub. The surface of the tub was covered in canvas with a hole for the patient’s head. Staff continuously poured hot water into the tub. These calming treatments sometimes lasted many hours; they were provided in a quiet, dark room and patients often fell asleep. (And in some other asylums, the treatment lasted days.)

Printed directions for how physicians and nurses at the London Asylum were to give a continuous bath state that:

“After the bath, the patient must be continuously dried and rubbed down so that a glowing is produced in the skin and precautions must be taken against the patient becoming chilled.”

I don’t know about you, but when I think of an asylum in London in the early 1900s, I have more of a One Flew Over the Cuckoo’s Nest image with disturbed patients and lots of screams. But this actually sounds so caring.

Research conducted since shows that the nurses and physicians at the London Asylum were definitely onto something: hydrotherapy can help with a variety of mental health conditions.

Everyone experiences stress and while it’s not a mental illness, unregulated stress can lead to chronic anxiety. Also, stress can make any underlying mental health issue worse. Acute and chronic stress are linked to all sorts of physical and mental health issues, including unfortunately, suicide.

So let’s start here and look at how a hot bath can decrease stress. One interesting study looked at 180 men who worked at sea in Lithuania, under constant pressure and with little sleep.

Researchers divided the men into three groups. One experimental group bathed in mineral-rich hot springs, 5 times a week for two weeks. A second experimental group participated in music therapy. The third group was the control group. Researchers found that the men taking hot baths in geothermal springs experienced the greatest reduction in stress, as well as in mental fatigue, mood, motivation and physical pain. (Source)

The Impact of Spa Bathing on Cortisol

Cortisol is a hormone that correlates with both physical and mental stress. In order to test whether baths really do relieve stress and anxiety, or whether it’s just an anecdotal finding, researchers in Japan measured the salivary cortisol levels in 12 subjects before and after spa bathing. While this won’t come as a surprise to any regular bath taker, the cortisol levels in the subjects were significantly reduced after the bath. (Source)

And baths are used across cultures to assist women in alleviating anxiety and pain associated with childbirth. Interestingly, researchers of one small study conclude, “Hydrotherapy during labor affects neuroendocrine responses that modify psychophysiological processes.” (Source)

Depression can be hugely debilitating, horrible to suffer, and lead to suicide. According to the World Health Organization, it’s also a very common disease with 264 million people suffering from it across the globe.

While no one is claiming that a hot bath can replace medications or solely lift a person out of depression, there is evidence that a regular bathing habit can alleviate the severity of symptoms.

Perhaps this is because a bath slows the cardiovascular system, and the drop in temperature when getting out of a hot tub, can induce a hibernation effect making sleep come more easily. It may be that the hot bath improves the quality of sleep and this, in effect, improves mood.

A Hyperthermic Bath Beats a Placebo

In one small pilot study in Friedburg, Germany, 36 depressed individuals were either given a very hot bath (104 degrees F, 40 degrees C) or they were exposed to “green light therapy,” which was actually a placebo. Treatments continued for four weeks.

“Fever, respectively hyperthermia, has been used since ancient times and beneficial effects of fever on mental illness were already described in antiquity. Based on recent finding, there is growing scientific evidence that hyperthermic baths (HTB) and whole body hyperthermia (WBH) might be efficacious for the treatment of depressive disorders.”

Once researchers had proven that the bath had a statistically significant impact on the subject’s depression, they had another question: How would the impact of a very hot bath on depression compare to the impact of aerobic exercise?

They knew that aerobic exercise would have a beneficial impact, but they were aware that patients could not always engage in aerobic activity for either mental or physical reasons.

The researchers at the University of Freiburg then took 45 moderately and severely depressed patients in an outpatient program and divided them into two groups: one group participated in aerobic exercise and the other took hyperthermal baths.

The researchers concluded that what was great about this finding is that patients can use this treatment method on their own and it works for patients who cannot exercise or tolerate other medications.

The Impact of Cold Baths on Mental Health

Back at the London Asylum, beginning in the late 1800s, nurses and physicians recognized that the hot continuous bath wasn’t the correct treatment for patients suffering mania. Instead, these individuals were treated with cold showers.

Again, these healers were onto something. Researchers at the Virginia Commonwealth University School of Medicine hypothesize that cold water immersion therapy can affect the brain the same way that electroshock therapy does. They wondered if baths could have antipsychotic benefits for those suffering delusions and hallucinations. (Source)

Interestingly, the study’s authors discussed lifestyle factors that can cause psychosis. They hypothesized that:

“A lifestyle lacking evolutionarily conserved stressors such as frequent exposure to heat and/or cold, resulting in a lack of ‘thermal exercise’ which could lead to malfunctioning of the brain.”

Think about that for a second.

Researchers were positing that exposure to temperature variation helps our brains learn to regulate to an extent that is critical for nonpsychotic functioning. If this is true, then warming and cooling our bodies throughout our lives is essential. And it’s possible that the failure to do so can have devastating consequences. Science has yet to bear out this theory.

During an ice bath, we experience vasoconstriction–our arteries and blood vessels narrow. When we leave the bath, our nervous system sends a rush of blood and nutrients to our extremities in an effort to warm them. This rush of new blood promotes healing.

Ice baths have been proven to have anti-inflammatory effects. Still, more research is needed to explore how they could impact mental health. See my post Can An Ice Bath Help You? You’ll discover what science says about how an ice bath can help cure what ails you, and a step-by-step guide to taking an ice bath.

Showers vs Baths: The Impact on Mental Health

As a person who both showers and bathes, there’s no doubt in my mind that the therapeutic effects of bathing outrank showering any day of the week.

A study out of Japan confirms this. Thirty-eight subjects either took hyperthermic baths or showers for two weeks. The authors found:

“Immersion bathing, but not shower bathing, exerts hyperthermic action that induces increased blood flow and metabolic waste elimination, which may afford physical refreshment. Immersion bathing should improve both physical and emotional aspects of quality of life.”

Relative to the showering group, subjects in the bathing group showed less tension and anxiety, anger and hostility, depression and dejection, and general stress.

The Temperature of the Bathroom Is Important, Too

I can hardly believe it! There is actually a study that looked at what the ideal temperature of the bathroom should be while taking a bath in order to max out the psychological benefits. No surprise here, the study found that if the bathwater is super hot, then it’s best to have a cooler bathroom temperature.

Conversely, if the bathwater is just moderately hot, then a warmer air temperature is best. Honestly, I could have saved them a couple of grand and told them this–it’s just a matter of simple comfort. And being comfortable is always good for mental health. (Source) 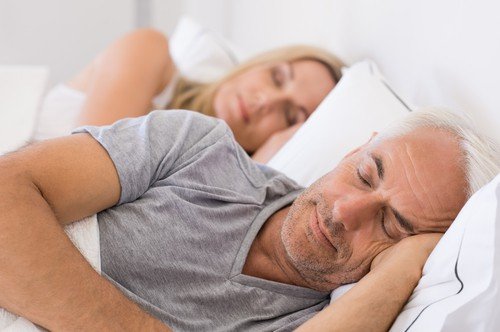 Underlying many of the studies is the idea that people with mental illness might suffer from disrupted circadian rhythms.

Hot baths taken in the afternoon might help the body restore its circadian rhythm, allowing the core temperature to fall when the person gets out of the tub. This, in turn, helps people enter deeper, more restorative sleep at night, naturally improving the mind’s ability to function.

So Are Baths Good For Mental Health?

In general, baths can have a significant impact on stress, anxiety and depression. Anyone suffering from mental illness should talk to a professional for help. In addition, a daily bath might supplement a prescription for medication and therapy. And if you’re looking for an especially relaxing bath, try adding Epsom salt with oils to your bathwater.

Inflatable hot tubs sound like a great idea, and perhaps given how cheap one is relative to a built-in hot tub, you might be too good to be true. What's the catch? The most noteworthy pros of...

The evolution of bathroom sinks from a simple washstand with a basin to contemporary designs featuring sensors has led to the conception of a myriad of styles, many of which have stood the test of...